Top 12 iOS Frameworks to Speed Up Your App Development

With the growing use of mobile phones, innovative apps emerge every day. Technology has captivated us with all the means through iOS frameworks. Nowadays, as you’re on your computer screen, if you look around, you’ll see people who are glued to their screens simultaneously. It means that the time you spend on your mobile device is comparable to the time you spend using applications. 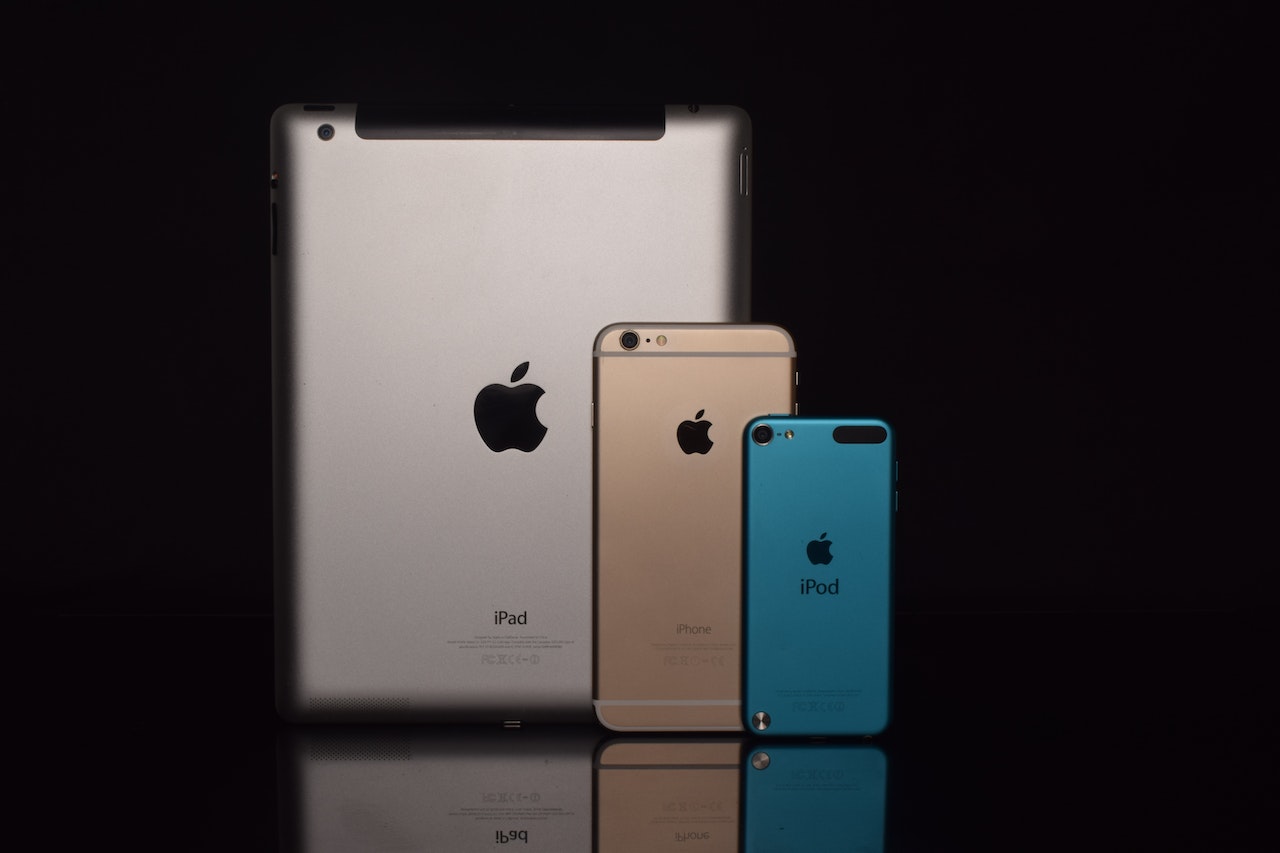 Mobile apps are now an essential element of our lives. If you’re looking to take a trip, purchase a movie ticket, or connect virtually with loved ones, pull out your phone and search for the appropriate mobile applications. Thanks to the numerous modern and technologically advanced mobile apps within your reach. With mobile applications, the value of a device is maintained. What would we be doing without our favourite mobile apps? What about the importance of Core Data, Source Code, Static Library, React Native, Swift Package, Swift Projects, and Framework Folders in your journey? Consider Obj-C Interfaces, Interface Builder, Aggregate Target, Dependent Target, and Static Library Target for your app development. What about a Sample Project with us and using External Accessories?

Mobile apps don’t only entertain us; They also assist us in completing our daily tasks. Have you ever thought about the process by which these fantastic mobile apps have been developed to make our lives simpler? We all use mobile applications, yet those with the best techniques must be aware of the concepts and the technology that helps bring these applications to life. The fundamental frameworks for mobile application development constitute the basis on which every wonderful iOS or Android app is built.

It is impossible to pick the most effective framework for software development since every developer has their own needs and options. Additionally, the choice of language and framework is an individual choice. While there are various choices with iOS designers, Apple is rigid about how its platforms function and use tools and services.

What is the framework for iOS?

iOS apps are getting more popular every year. With more than 100 million iPhone users in the US alone, there are many ways to attract new users to the iOS platform. The first step to reaching those potentials is the framework for developing mobile apps, also known as a framework for software development. Flutter is the highly popular cross-platform mobile framework employed by global developers, according to a 2021 developer survey.

What is a Framework?

With the aid of iOS frameworks, you can develop mobile and web applications. A professional analysis is a framework before it sells and is used to create applications.

A framework can also help to create highly functional apps. It assists in executing the user’s instructions that they provide an application.

What iOS frameworks have you worked with?

With the advent of SwiftUI and its underlying technology, every developer is examining its potential for application development. The framework has provided the development process at a higher speed and is thrilling for developers. Additionally, it’s available to everyone in the Apple setting, so developers can simultaneously develop applications for different platforms. A portfolio of satisfied customers is a positive signal for the next stage.

Additionally, SwiftUI allows your app to work with different mobile app development frameworks’ settings in the initial version, independent of the framework’s availability. Consider the importance of Google

It is among the most cross-platform app development frameworks. It is at the top of the rankings of JavaScript frameworks.

It is among the easiest to learn and adapt.

For many businesses, React Native has become one of the most popular mobile frameworks for app development due to its cross-platform capability. It is in line with the phrase, “adapt once, build anything.”

Flutter is a cross-platform platform that allows successful mobile and web app development. You can engineer Android and iOS apps at the same time and efficiently through its unique code. It was created with the help of Google; Flutter offers a Skia motor that delivers 2D images, which helps develop visuals for the application.

JetBrains created Kotlin Multiplatform Mobile, which acts as an SDK to support mobile development across platforms. It makes use of the multiplatform capabilities of Kotlin. KMM has a range of tools and features that can greatly enhance the final experience of creating cross-platform mobile applications.

Most of the time, iOS and Android versions of an app may share several things. However, they can vary in the way they design their user interface. Beyond that, the data management of an application’s business logic, authentication, and analytics are similar. KMM gives you this flexibility, and you enjoy the advantages of native programming. KMM lets you use an identical codebase for all the logic used in the iOS and Android apps and includes platforms-specific code when needed.

With its simple architecture, Ionic offers to build cross-platform apps for all devices with code reuse rates of about 98. It comes with an enhanced API library as well as a native mobile toolkit that is used anywhere. People who are familiar with Angular can adapt to Ionic quickly. Ionic.

Xamarin has gained traction in the realm of frameworks due to its shared codebase and its well-integrated applications. The most well-known and popular C# language efficiently supports the framework. Furthermore, it improves the app’s functionality and supports a wide range of tools in the framework Xamarin.

Xamarin is a favourite among developers due to its ability to allow developers to develop native applications that work on Mac OS, iOS, and Android devices. One of the most important advantages is that it guarantees fewer bugs. This aspect is if it’s “icing on the cake” for developers. It also cuts down on time-consuming with the features of code reuse and the ability to match syntaxes. Have you considered the importance of Calendar Framework, Core Audio, Core Media, Apple Music, Lines Of Code, and Dynamic Libraries?

Everyone in the world of technology is well-versed in the name Intel. Intel XDK permits developers to create cross-platform applications for each available app store. This aspect means you can reach a wide variety of users through the application. It also includes web services and plugins that support responsive apps, including interactive mobile apps and rich content. Intel XDK is known for assisting developers with all tasks, including testing, debugging, and emulating.

Sencha Touch offers cross-platform app development using JavaScript as well as HTML 5. It is regarded as an enterprise-oriented development framework that is responsive. It is among the top choices for developers of mobile frameworks for app development.

It permits the creation of robust applications which provide a close Native user experience. It also offers drag-and-drop functions, HTML 5 application builders, and ready-to-use mobile app templates. In addition, developers can build custom elements for their library to be reused.

Alamofire is an application framework written in Swift. It is widely used for iOS application development. The framework is referred to as AFNetworking If you plan to create a Swift app, Alamofire can be the most suitable choice as it will ensure that the core networking library is in sync and compatible with the source code.

If you’re planning to build a cross-platform application for iOS and Android and iOS, then Native script is your preferred choice. It is an open-source framework that is employed to create native applications. These apps can access parts of a phone’s user, like GPS, camera contacts, etc. The most important thing is that cross-platform app development is gaining momentum due to its ease of use and product. Many frameworks allow hybrid app development companies to thrive, such as Ionic, Sencha Touch, and Appcelerator Titanium, and the list continues.

Swiftic is among the most popular iOS development frameworks with a user-friendly interface. Utilizing Swiftic is a good option as it offers a 30-day money-back guarantee for all plans. Additionally, it is installed with a six-month warranty of success. The service is free if you wait to see results for six months. Its user-friendly interface, expert guidance, and user-friendly design make it among the most flexible iOS frameworks for app development. The iOS-embedded framework incorporates many technological innovations, including push notifications, social media feeds, and app marketing. Consider the below-mentioned factors before you make a decision, such as Core Foundation, Source Control, Access Control, Control Documentation, Levels of Access Control, Apple TV, Apple Watch, and Modules of Code. It’s an extremely convenient solution for mobile app development, where you can create your app, publish, and expand it with the same control panel. Consider the best in Mobile Apps Development.

The majority of people are well-versed in the name Adobe. Like their other software offerings, they also offer an iOS development framework to ensure the highest performance across all devices. Adobe PhoneGap development is an iOS framework with which developers can easily create an application that is well-designed and operates efficiently. If you are working exclusively with the iOS framework, they can develop Android, Blackberry, Mac OS, Windows, and Firefox OS applications. What about the importance of Core Data, Source Code, Static Library, React Native, Swift Package, Swift Projects, and iOS frameworks Folders in your journey? Consider the importance of Google analytics. Hire from us the best developers in NodeJS.

With the help of a collaboration feature that lets multiple developers work on a single project. Additionally, it comes with an application called Hydration which reduces the time needed to finish an app and eases the final updating process. One of the best mobile frameworks for app development uses HTML5, CSS3, and JavaScript to create a cross-platform application development framework.

The native script is a simple-to-learn framework integrated with JavaScript. It also offers code-sharing, the ability to share code across all devices. Consider the below-mentioned factors before you make a decision, such as Core Foundation, Source Control, Access Control, Control Documentation, Levels of Access Control, Apple TV, Apple Watch, and Modules of Code.

To run your own business, you must incorporate apps into your work. The most efficient mobile applications can help you propel your company to new levels of achievement. In this article, we’ve made sense of choosing the best framework by listing the most popular twelve iOS frameworks. Nowadays, there are applications for everything, and you can complete your task with a click from your sofa.