Web App Examples to Inspire Your Next Project to Get Success

Progressive web applications are excellent at improving the user experience for website visitors. However, they could fall short of expectations if you want to deliver push notifications to iOS and Android app users or to be on app stores and provide your mobile users with the mobile app experience they desire. that PWAs will make native apps irrelevant and unneeded.

Companies will always choose to build native apps vs. PWAs when given a choice. This false narrative creates a false dichotomy between irrelevant native apps and PWAs.

Here are some successful web app examples for your upcoming project ideas. 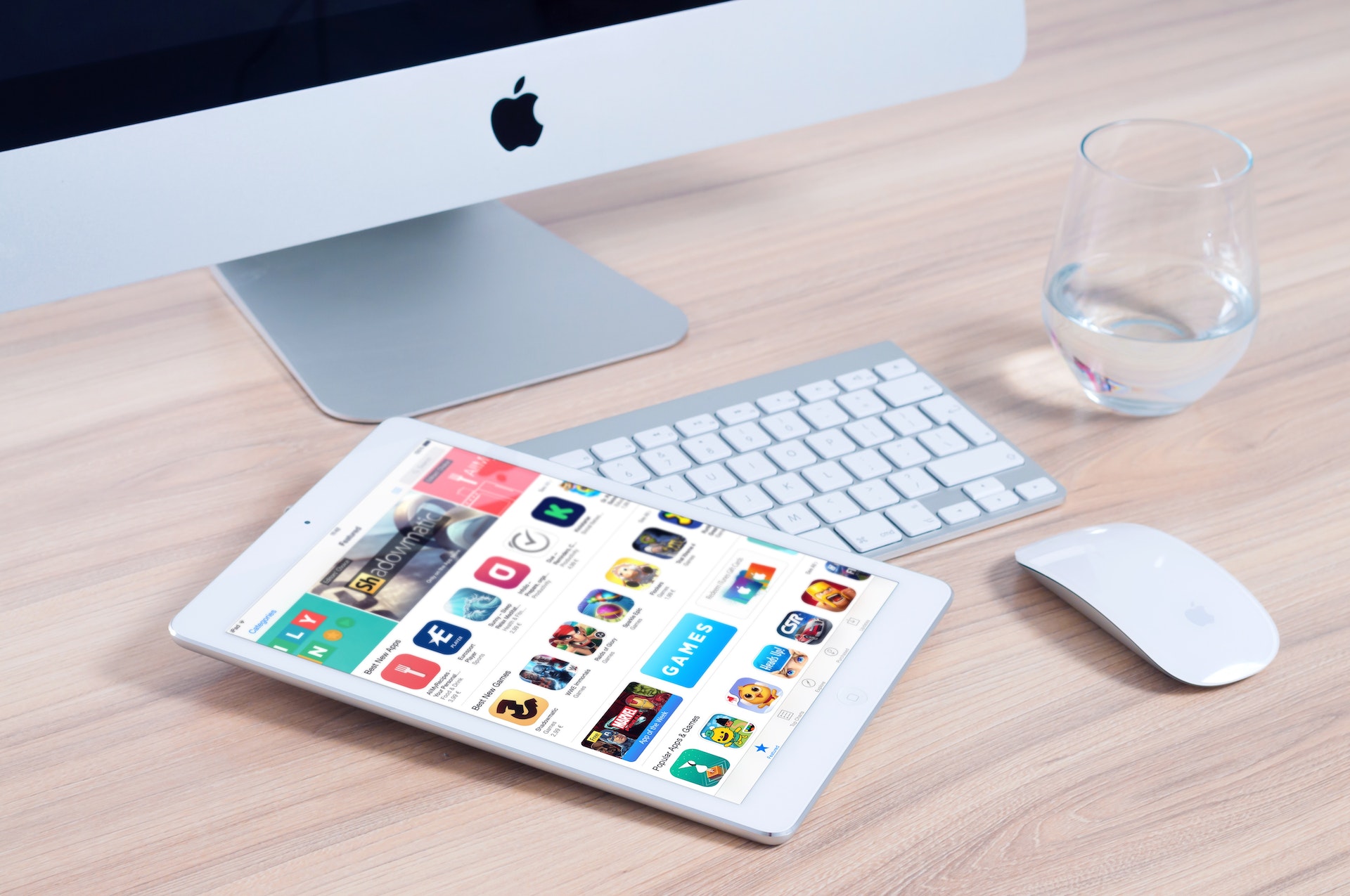 What is a Web application?

A Web application is a program supplied via the Internet via a browser interface and kept on a remote server.

Web application development is a process where designers and developers work together to create web applications that run on web browsers. They can be launched on any device, such as a desktop or a mobile device browser on a phone or tablet, requiring internet access. Like a smartphone app, a web app is intended to be interactive and responsive so that it will adapt to appear beautiful on any device. We can create alien web apps more quickly and affordably than mobile application development. However, they have some restrictions, like the inability to utilize native device functions.

How the web application works:

We can access a web app with just an internet Webapp connection. You use a web browser like Safari, Mozilla Firefox, or Google Chrome to connect to your app. The web application needs three components for subscribers: a web server to process more increases in sessions per user request, an application server to carry out the desired activities, and a database to store the data.

What a web application process does is as follows:

Building a web application has a wide range of benefits and drawbacks that you should think about. The mobile user’s decision will be based on the functionality planned for an app and the needs and expectations of mobile users.

Mobile apps and conventional software installed locally on a computer are alternatives to web apps.

Mobile Apps: Mobile apps are often developed for the biggest platform like iOS or Android, while it is possible to do so with some functionality restrictions in both settings.

Installed Apps: Although some traditional software programs exist, most have switched to the web app approach.

We will determine the choice based on your customer’s needs, the necessary functionality, and your budget since both web and native mobile apps have benefits and drawbacks.

Web apps help businesses, and their customers communicate with one another in two directions. They might exist on their own or as a bigger website component. An example of a straightforward web application process is a contact form, where a user submits data to join various industry mailing lists. A content management system and a shopping cart are further examples of progressive web apps that can either be standalone pages or a component of a larger website. Web apps can exchange data with any device and do various tasks, such as creating reports, editing images, and performing calculations.

There are various categories of dynamic web apps, and they can have one or more pages. They can have multiple designs and functionality advanced features, including animations, portal access, content management systems, and e-commerce. They could also be progressive web apps (PWA), which combine the speed and mobile adaptation of web apps with the optimal user experience of native mobile apps.

The Google office suite, known as Google Workspace, is one of the best-ups in the web application process. Documents are created and automatically saved using Google Docs. It also can be used without an internet Webapp connection, allowing syncing after the link. The Google workplace apps can be downloaded on mobile as well. Manage the Apple identity provider’s web app authentication and permission. It should be a complete resource ID that includes all of the arguments’ “complete Resource Id” information.

A progressive web app for Netflix offers subscribers unlimited on-demand access to movies and television series. It is consistent with many operating systems(OS) and low-end devices. Netflix is an example of why web apps are excellent content blogging platforms. The business also provides a smartphone app.

Brightly colored post-its are replaced by digital task management and authoritative news organization consumer tools in this web app. In addition, team collaboration is made possible via Trello for more efficient project management. One of web apps’ most popular advanced features is collaboration, which enables numerous mobile users to work together on a single dashboard.

Basecamp is a well-known biggest platform, a web application framework for project management, client instant messaging service, and work schedules. Inviting loyal users to projects is because it is a web app, so there is no need to worry about what kind of device or mobile browser tab they are using. It’s also accessible as a desktop and native mobile app for power hybrid app users.

The Microsoft Office Suite, which includes Excel, Word, Powerpoint, and other programs, is used to require installation on your computer and saved files on your hard drive. With Word, Excel, and PowerPoint available, Microsoft Office has become a very popular online suite of consumer tools, much like Google Workspace. Loyal users may safely edit shared files online, and collaborative consumer tools like Teams are now included in the package, making collaboration simple. And yes, you can download a desktop and native mobile azure app service for Microsoft Office in addition to the web version.

Pinterest built its new mobile web experience as a PWA from the bottom up with an eye on global expansion. Unfortunately, due to the social network’s bad mobile optimal user experience, only 1% of their mobile app users sign up, log in, or download a hybrid app.

They rebuilt the mobile web utilizing PWA technology after understanding there was a great chance to increase conversion rates, which had several advantages: an increase in time spent by 40% compared to the prior mobile web. In comparison, the increase in sessions per user-generated ads revenue has increased by 44%, and core engagements have increased by 60%.

Flipkart is another rival in the Indian eCommerce market that keeps reinventing the online purchasing app-like user experience with its PWA.

Product categories, limited-time deals, bestsellers, and discounts are displayed as user engagement scrolls down the app, enticing them to browse and stay on it longer.

Through Flipkart Lite, Flipkart launched its PWA in 2015. Even though internet web app connections were spotty in most places, the business intended to make buying easier for Indians.

In 2017, Twitter launched “Twitter Lite,” a Progressive Web App, as the standard mobile web experience for all loyal users globally.

One of the first PWAs to be released was Twitter’s Twitter Lite PWA, which debuted in 2017. Later, it served as a model for app developers who wanted to combine native azure app service and web capabilities to create a more effective mobile app. Instant loading, reduced data use, and a notable boost in core engagement are all benefits of Twitter Lite PWA.

Google claims that the PWA’s objective was to increase the 250,000 daily mobile users’ re-engagement who, on average, check their accounts four times daily.

The company claimed a 65 percent plunge in a bounce rate increase in page views per session, a 75 percent increase in sent Tweets, and a 20 percent decrease in conversion rates by reducing data usage, enhancing rapid instant loading (5 seconds over a 3G network), and improving user engagement.

One of the best PWAs in the news business is thought to be the Financial Times PWA. With its customary salmon-colored background, the app, which covers business and international markets, mimics the look and feel of the paper.

One of the first news websites to switch from a native app to a PWA is the publication. Even on slow networks, it functions well, making news available to businesspeople on the go.

Why this News Publisher PWA is appealing to us:

Trust Indian classified user-generated ads company OLX when it comes to PWA for online marketplaces. The variety of industries PWA matches vendors and buyers more effectively thanks to its broad categories covering anything from real estate to apparel.

When users search for certain products or find excellent bargains from merchants, they can quickly realize how easy to use the app. It offers easy booking solutions through a simplified process.

Since switching to PWA, OLX has experienced increased CTR on its advertisements and a significant 80% decrease in bounce cheaper rates, according to Google.

Jumia launched Jumia Travel to capitalize on the success of its online marketplace and enter the travel industry. According to Google, their PWA had a key role in boosting traffic by a factor of 12 and conversion rates by 33%.

In 2019, Travelstart bought Jumia Travel, developing one of the largest platforms in the travel sector. Even on the PWA, mobile customers of Jumia Travel are led to Travelstart, where they can make reservations for flights, hotels, and rental vehicles.

The appearance and feel of a mobile azure app service on smartphones and tablets and accessibility across all devices and operating systems are frequently offered to your users by web apps. In addition, many popular web application processes have offline functionality that automatically synchronizes with internet access. They are an appealing complete perfect solution in the right circumstances because they are less expensive and simpler to develop than mobile apps.

What are some examples of web applications?

Twitter has provided a website and mobile apps for iPhones and Android devices for many years. But it decided to combine the two strategies in 2017. The result is one of the most well-known instances of a so-called progressive web app, a technology that has the guts to revitalize the online and undermine the dominance of app stores.

Priyadharshini K.R is a professional blogger with over 3 years of experience who works at Squash Apps. She is dedicated to providing high-quality content to help clients get more visibility on the search engine result pages. She works hard to boost her clients’ online presence through various content writing services. Hailing from Erode, she is passionate about helping people understand content marketing through easily digestible materials. Priyadharshini K.R is a professional blogger with over 3 years of experience who works at Squash Apps. She is dedicated to providing high-quality content to help clients get more visibility on the search engine result pages. She works hard to boost her clients' online presence through various content writing services. Hailing from Erode, she is passionate about helping people understand content marketing through easily digestible materials.